You guys probably know that I am a huge horror film/game fan. My favourite thing to do is to watch horror and thriller films that will make the average person jump and scream, but I’ll laugh through the horror, I can’t help it. That may make me sound pretty disturbed, but I promise I’m a slightly normal 24 year old girl. So, I thought I’d introduce you guys to my favourite horror conspiracies and stories from video games. Hold tight, it’s going to be a spooky ride.

Okay, this one is pretty darn creepy. Sad Satan was first popularised by a YouTube channel, Obscure Horror Corner run by a guy called Jamie. Jamie was sent a link from an anonymous subscriber explaining that they had found something creepy and they think he’d be interested in the content. After checking the file he had downloaded for malware, he went ahead and opened it.

Inside was Sad Satan.

Sad Satan doesn’t hold compelling gameplay or anything that would indicate it was anything but a hallway simulator. But, Jamie’s gameplay shows the player walking down a series of corridors, with voices and growls getting louder and louder. Imagery flashes up on the screen every now and then, and some people have managed to capture the pictures. More details are available about this game online, but I highly advise against downloading. There are releases of Sad Satan that aren’t as tame as the video shown above and are riddled with viruses and imagery you can definitely go through life without seeing. It can fill your computer with illegal images too. Still, Sad Satan is haunting.

Polybius was an arcade game placed in an arcade in Portland, Oregon. It’s said that only two machines were ever made, but the weirdest theory that has been floating around is that it was a government run psychology experiment that would cause intense psychoactive and addictive effects on people who played. These machines were also supposedly visited by men in black for the aim of data-mining the machine and analysing the effects on people.

Although this game was added to coinop.org on February 6th 2000 with a copyright date of 1981, no copyright has ever been registered officially. The game would often see huge lines forming at the machines – with fights breaking out over who would play next and players reporting unusual side effects after playing such as amnesia, insomnia, night terrors and hallucinations. One month after it’s release, Polybius disappeared without a trace. The mere existence of the game has been named as inconclusive after an article in GamePro, which sparked off a huge curiosity with it’s audience. No one really knows what happened, or whether Polybius was government controlled, or just a game that sparked rumours after it’s release. It’s still pretty nuts, regardless of it’s origin.

Everyone that I know has had amazing memories when they were a kid of playing Pokemon on the Gameboy. But, children in Japan were reported to have committed suicide or developed illnesses once they hit Lavender Town. The phenomenon was nicknamed “Lavender Town Syndrome”. Those children who unfortunately did commit suicide would jump from huge heights or hang themselves, and those who didn’t would act irrationally or complain of headaches after listening to the theme of Lavender Town.

People soon realised that there was a frequency within the audio that only children and teens could hear due to their sensitive ears. A video also appeared in 2010 showing someone using a piece of software that analyzed Lavender Town’s audio. This sparked off a huge conspiracy as the software appeared to create images of Unown, a Pokemon which doesn’t appear until Generation 2. The Unown appeared to translate to “LEAVE NOW”.

The programmers soon changed the game’s audio, altering the frequency so that children wouldn’t be affected anymore. 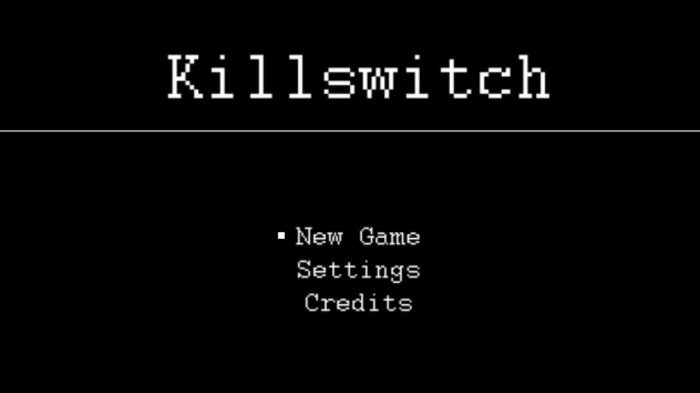 Killswitch was a game that was relatively unknown to people, still to this day people don’t know about it – and neither did I until I started conducting research into these theories and stories. Killswitch was created by Karvina Corporation in 1989. It was home to a unique feature where you could only play the game once. Once you died or completed the game, it would erase itself and you wouldn’t be able to play again. According to the story, only 5,000 copies of the game was ever made – but this hasn’t been confirmed officially.

Killswitch had two characters to choose from. You had Porto, a little girl, and Ghast, a demon who was invisible. You weren’t able to see Ghast at all, even if you chose to play as him. To this day, no one has managed to complete the game while playing as Ghast.

Players have since tried to get their paws on a copy of the game but they didn’t succeed as no copies were found anywhere. But, there was one man who had managed to secure a copy. His name was Yamamoto Ryuichi and he proceeded to record himself playing through it, but only one video ever emerged of this. It showed Ryuichi sat on the character selection screen while crying. This video has mysteriously vanished from the internet and cannot be found anywhere. Much like the game, it’s gone forever.

This story is probably one of the most commonly known horrors of the internet. Jadusable, the teller of the story, had bought a second-hand nintendo 64 from a friend. He proceeded to buy a Majora’s Mask cartridge from an old man at a yard sale.

This story starts with Jadusable booting up the game to find one save file titled “BEN”. He also found that the cartridge was very close to completion, which surprised him, but he decided to start his own file anyway. Now, it’s worth mentioning that the second hand cartridge that he had bought wasn’t an original. It had the word “MAJORA” scribbled on it, and while playing he noticed odd textures. He started noticing that some of the NPC’s would refer to him as Link, but also as BEN. He deleted the BEN save file, but to his horror, the NPC’s would start referring to him as “______”.

The next day, he started the game up again. He tried to perform the famous “4th Day Glitch” and it went really wrong. Link would appear in the final boss room, with Skull Kid hovering above him. Upon pressing the reset button on the console, the game would flash dialogue, like it was communicating with him.

After this, he was given a choice to go straight to the final bosses lair. After choosing, he was put into Clock Town – but something wasn’t right. He felt like something was there with him. This story will forever give me the creeps. Watch the video for yourself and see the horror unfold before your eyes. You’ll never see Majora’s Mask the same way again.

While this theory has been denounced by Bethesda, many fans still believe that Fallout 3 has possibly predicted the future. Number Stations are radio stations that broadcast weird and funky voices which read morse code, numbers and letters. These radio stations are presumed to be a way of communicating with spies.

Players found weird, creepy messages in Fallout 3 being broadcast on Galaxy News Radio. To get to these messages, you have to destroy some in-game landmarks and it will give you access to this station. Some of the messages that have been decoded read odd things like, “I can’t believe they’ve actually done it. Not long left. The Noise. I can’t take the noise anymore. I have a pistol in the attic”. Other messages have been found too, but none of them are backed up by any solid evidence. Bethesda are obviously going to deny these claims are anything more than a hoax, but denying it means nothing to the internet.

These stories are only a select few that I have found online, and there are a ton more. If you guys liked this, make sure you let me know in the comments and I’ll keep writing about them. Tell me your favourite video game horror story or theory in the comments below, I’d love to hear them.